Have you ever exclaimed to yourself, “Damn, why is my language so hard to translate into?!” Well, you’re not alone. Whatever your target language, there are always some things that make translation especially hard. 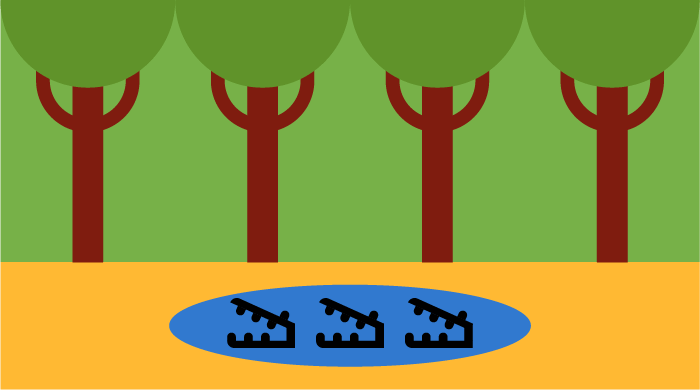 We reached out to our community to find out the most challenging problems when translating in their pairs. Here’s the summary list we came up with:

In many language pairs, problems come from so-called “false friends”, where similar words mean different things in different languages. This is especially challenging when translating between English and Romance languages, as the former has borrowed a lot of words — but not necessarily meanings — from the latter. According to Smartcat Senior English to French translator Gilles Snoeck, “It’s a big problem especially for beginner translators because for most of those words you wouldn’t think about using a dictionary to check the meaning. Examples include such words as opportunity, occupation, and education.” The challenge spreads beyond mere terminology. For example, in English to Spanish translations gerunds can be deceitful. “While gerunds are widespread in English, we cannot always use them in Spanish — not only because they result in heavy syntax and rhythm, but also because they’re ungrammatical in certain contexts,” says Smartcat Senior Translator Virginia Monti. “For example, [a word-by-word translation of the following would be] ungrammatical in Spanish: He made an unfriendly remark, adding to everyone’s uneasiness.”

Many languages are much lengthier than English. For example, a Spanish translation can be up to 25% longer than the original, according to Virginia Monti. “Wordiness in Spanish also means that translating texts in graphs, tables or in Powerpoint presentations, where space and character restrictions play a role, can be a complete nightmare,” says Virginia. French is especially nasty due to its high letter/sound ratio. “For example, [the translation for] ‘Buy now’ — ‘Acheter maintenant’ — contains only 9 sounds, but requires 17 letters to write,” says Gilles Snoeck. And the same is true for German, where the text length can be up to 35% longer, according to Philipp Wacha, a Smartcat Senior Translator from English to German. Solution? “One way to solve this is to change the layout: increase button size, adjust column width of a table, add another page to a manual,” says Philipp, at the same time adding that “clients usually don’t prefer this approach because it’s time-consuming and requires additional work and money.” So as translators we — as always — have to use our creativity and do some weeding-out. “English sentences are phrased in a manner that would sound redundant to the Spanish ear if translated verbatim,” says Virginia. “[But] avoiding such redundancies can frequently imply making major changes and struggling with syntax for a while.”

Not all English words can be easily translated to other languages. “When translating technical content, I come across special terminology a lot,” says Philipp Wacha. “Not all terms can be simply translated. In some cases, I can either describe the term, resulting in longer sentences, use a verbatim translation, or leave it in English. It requires intensive research before I can make an informed decision.” According to Philipp Wacha, choosing the wrong option by translating things that should not be — such as Netzhaken for “webhook” — or not translating those that should — such as Auftragsabwicklung for “fulfilment” — can equally confuse the reader.

The same refers to “fancy” words that are spread all over English content. “Some words that don’t have a translation [to French] but often come back in short formulas, the most horrible one being ‘successful’,” says Giles Snoeck. “There is no easy translation in French for ‘a successful business’.” The same is true in the other direction. “There are terms in French that I add to a glossary I call ‘annoying vocab’, because they come up so often in French and don’t really have a good equivalent in English: valoriser, dynamiser, animer, etc.,” says Smartcat Classrooms tutor Una Dimitrijevic. Same in Spanish: “[An] example I can think of is the verb ‘like’, widely used in social media,” says Virginia Monti. “In Spanish there is no other way but to use a verb phrase or the even more Baroque ‘hacer clic en Me gusta’.” (If you’re interested, here are two lists of English words that have no translation into Spanish and vice-versa, via Adrián Lago.) “I think these facts make translation challenging, but also an art and a craft that allows us to create bridges of communication between cultures,” sums up another Senior English to Spanish Translator, Noelia Martinez. “This is what makes languages such amazing sources of information about the different societies in the world.”

Unlike English, some languages use different words for “you” depending on who you are addressing. Says Aleksandra Mironova, a Smartcat Senior Translator from English to Russian: “In Russian, ty and vy are not just singular and plural pronouns, but a way to address a person. And it makes a big difference depending on status of both interlocutors, the situations they are in, or the intentions of the speaker.” The same is true for marketing materials, where you have to think of the audience you’re aiming at: “Who is the client targeting — younger folks, retired people or maybe all age groups?” asks Philipp Wacha. " The decision I make has an impact on the appeal of the text and finally on the client’s sales.“

Things turn even trickier when translating from English to Japanese. Here, the choice of words will depend on a whole range of societal factors. “Oftentimes, I have to consider if it’s a man or a woman speaking, if they are younger or older than the audience, if their status is higher or lower, or if it is a casual or formal context,” says Japanese translator Emma Tanaka. “I translate video games as my main field and the amount of time I have to question my client to give me more details about the particular character and his or her position in the game is ridiculously high.” The worst part? “The amount of time they have no idea or do not respond to my questions are high too, which is unfortunate and frustrating,” she concludes.

Speaking of Asian languages, many of them pose issues due to having different alphabets or no alphabet at all. As an example, some of them do not have capital letters as such. If you can’t readily imagine implications of this, here’s an example from Yujie Zhang, a Smartcat Senior Translator from English to Simplified Chinese: “English often uses uppercase to differentiate a specific term apart from the rest of the sentence,” she says. “To solve this, we usually put quotation marks around the uppercase name, but sometimes Chinese quotation marks can introduce software errors, and we have to either use English quotation marks instead or just accept the inconvenience to users.”

The “Oriental” challenges do not end here. For example, both Japanese and Chinese have to use measure words in a “number + noun” phrase. This is especially painful when you are translating texts with placeholders. Here’s an example for Chinese from Yujie: “You need 2 %s to install the driver. The measure words have to vary when %s refers to ‘screws’ or ‘screwdrivers’. It is nearly impossible to translate it if %s will be replaced with different nouns that use different measure words in the actual UI.” The same is true for Japanese. As Emma Tanaka puts it, “a simple blurb in a game like ‘He’s got 3%s as a reward!’ can take a back-and-forth with my client before I can finally decide which measure word is going in the sentence. Is it a tangible object? Is it a paper or a fabric? Is it a bird or a cat? Oh, the possibilities!”

Bureaucratese, or the unnecessary usage of extraordinarily long and/or redundant nominal phrases instead of shorter and verb-based forms, is a plague common for most if not all languages and language pairs. Peter Stanley, a Smartcat Senior Translator from Spanish to English, gives an interesting perspective on this: “It seems that, through sheer volume, the once-despised bureaucratese is now almost seen as some kind of indicator of quality and trust. The frightening implication is that if a company is brazen enough to use simple, clear and direct language then they must somehow be reckless cowboys, unconcerned with developing a carefully cultivated public image which appeals to as many people as possible.”

Virginia Monti suggests that the problem may be psychological in nature: “I presume this is not a characteristic inherent to any language in particular but to language users, trying to put a psychological distance between them and their interlocutors.” So what should we do when we find bureaucratese in the original? As Peter Stanley puts it, “as translators, since we need to ensure our work both satisfies the client [who used such bureaucratese in their original text — Sc] and sends the appropriate message to the wider public, this particular example is quite a challenge in this day and age.”

Otávio Banffy, a Smartcat Senior Translator from English to Portuguese, thinks we should aim for sending a message in a way that best engages the audience: “It can sound counter-intuitive to say that something written in proper Portuguese would sound worse to the audience than ‘popular’ Portuguese, but it’s exactly this way. A lot of people are way more comfortable in reading and listening to a conversational tone from a serious and large company than its straight-and-narrow counterpart,” he says. The effort it takes can be ridiculous: “60% of my time spent translating Vietnamese text is to rewrite, rephrase the text in Vietnamese, then translate the revised text into English,” says English to Vietnamese translator Chau Nguyen.

So what could be the solution to all the challenges mentioned above, and dozens others that we missed? Yujie Zhang gives an excellent answer: “I think many of the problems can be solved if communication among clients, project managers and translators is effective,” she says. “Clients with large translation requests should provide translation guides or style guides for different languages and modify those guides when problems emerge. In this way, consistency is achieved between documentation iterations as well as among different translators.” “It is also important that the translators can reach PMs easily when they have questions during translation and get responses quickly,” she adds. “It is hard to do that through emails. In that sense, I think Smartcat really does a good job by providing live chat and comments in projects.” I do agree that healthy communication is really key to our profession, and, regardless of the tools you use, it is essentially about your personal approach. Whatever challenges you meet, make sure not to bury them under the blanket — they will come back stronger — but reach out to the client or the community to find the best solution.

I’m pretty sure we missed a lot in this article: right-to-left issues, dialectal differences, genders — and who knows what else! If you feel like you can add to the discussion, please do chime in!

Like what you read? Join our newsletter to stay in the know! 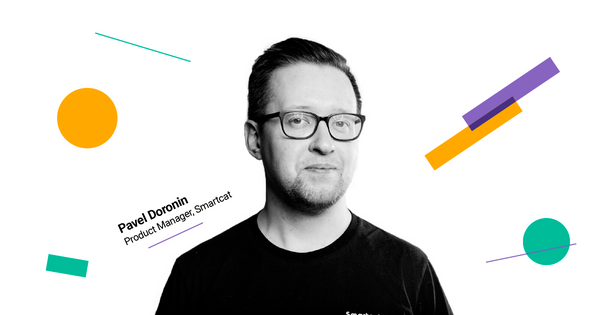 Translators who localize software or games know the horrors of sticking to restrictions in segment length or having to cut and squeeze their sentences in order to fit the character limit. It is

We all make mistakes. Being wrong doesn’t make you unprofessional, it just means there’s room for improvement. As long as you’re passionate about your craft, learning from your embarrassing experiences

With applications now open for the second session of our peer certification program, we want to explain why you should give it a try and become a Smartcat Senior Translator. Note: Complete program

Find them from among 250,000 individual linguists and LSPs listed on our supplier marketplace and hire them in minutes.