When I opened my inbox this morning, I was greeted—like I am most mornings—by translation scammers. But the number of messages from these bottom feeders was higher than usual. I often get four or five emails from translator impersonators while I’m still asleep, but this morning? I had twenty messages, which is a record. Fake translators are a drain on resources—both time and money. By posing as skilled professionals and delivering machine-translated nonsense, they create headaches for the inexperienced and the gullible. Their fraud hurts the translation industry as a whole. Naturally, I think that scammers are the spawn of Satan. 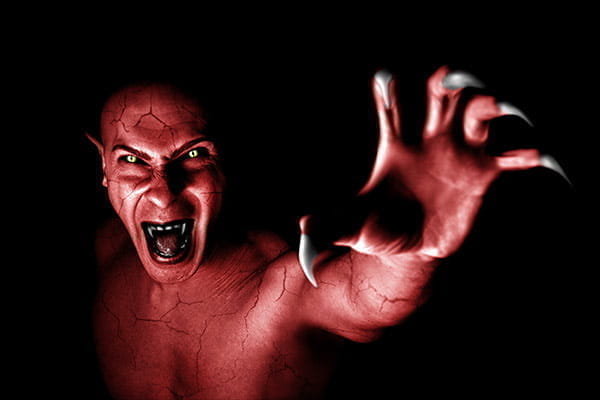 I don’t know if there’s a hell. But if there is, surely there’s a special place in it for fake translators and other identity thieves.

Meet Linda Potter, a translator who works in Swedish and English and specializes in education, economics, and business. She sent me an email this morning inquiring about work with RedLine. Unfortunately, Linda doesn’t exist. “Linda” is just a fake name that an unethical individual adopted before sending out an email en masse to dozens (hundreds?) of translation agencies. From Linda’s perspective, it’s a low-effort strategy with a potentially high return. If she emails 100 project managers and even one of them is dumb enough to fall for her pitch, she can stand to make some easy money. How? It’s simple. First, Linda tries to get work from unsuspecting clients by submitting a CV that looks real. (Translation scammers steal the CVs of real translators that they find online.) Then they execute projects by using an online translation technology—Google Translate, for example. (Remember, Linda’s whole MO is to put in as little effort as possible.) 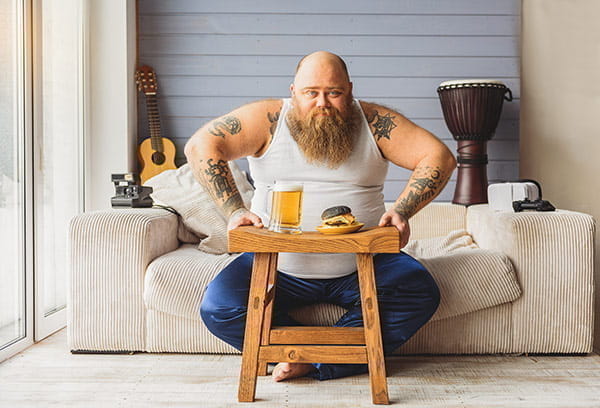 For all I know, this could be Linda Potter, a “translator” claiming to work in English and Swedish.

Because Linda is not a real translator, she can’t produce a professional translation. And she’s not even capable of correcting a bad machine translation. So she delivers her “work” to the agency and waits for payment. It’s only later that the agency and the end client discover that instead of a professional translation they received a hot, stinking pile of garbage. And the agency has paid for said garbage. And even though the company will never use Linda again, the damage has been done. She—or whoever is actually behind the pseudonym “Linda Potter”—was successful at cashing in on a project manager’s gullibility. Linda can then move on to her next target, maybe using a different name or changing her language pair.

Telltale Signs That the Email You Just Received Is Bogus

I’ve been running RedLine since 2011, so I’ve gotten pretty good at spotting bogus messages from bogus translators with bogus skills. Here are some of the classic signs that a translator is trying to scam you:

Fake translators email dozens, if not hundreds, of recipients at the same time. You’re not special, I’m afraid.

Translation scammers say that they can work in either direction. In fact, out of the 20 people who emailed me this morning, 19 claimed that they could work from language X into language Y and vice versa. For example, one subject line read “Professional German<>English Translator.” Of course, the majority of professional translators do not—indeed, are unable to—work equally well in both languages within their pair. While a small percentage of translators effectively have two A languages, this just isn’t the case for most mere mortals. They (rightly) work only from their B language into their A language.

Yes, some translators have two or even three B languages. (Some of my colleagues come to mind.) But when a translator claims professional proficiency in English, French, Italian, Spanish, Turkish, and Dutch, it’s a safe bet that he’s lying.

It doesn’t surprise me when a native Spanish translator (from Spain) says that, in addition to English, Italian is one of her B languages. Italian and Spanish are both Romance languages, after all. But I’ve seen scammers mention Swedish and Czech in the same breath, a combination that doesn’t pass the smell test.

Fake translators are terrible at coming up with names that fit their supposed national background. Sure, I guess it’s possible that a native French translator could be named Jeff Smith. But not likely.

Scammers must not be very bright, because I often receive cover letters that start out with Dear,—no name, no nothing. Just Dear.

I wonder which is the greater transgression: addressing me as “Dear” or calling the developer of FrameMaker “A dope.”

Fake translators do a lot of copying and pasting. Despite all this effort, they don’t take an extra five seconds to make uniform all the various font sizes, typefaces, colors, and spacing in their message. In a related story, no one will ever take you seriously if you use Comic Sans in an email.

No, your eyes aren’t playing tricks on you. This is just some really bad formatting from a fake translator.

It’s hard to know whether the awful grammar of translation scammers is due to their superficial knowledge of English or to the copy-and-paste approach that they use—or both. For example, I found the following gem in a paragraph that was otherwise free of errors: Immediately available, professional translator. Invoiced work. I didn’t know whether to laugh or cry.

I’m a business owner, so I must love it when translators offer low rates, right? Wrong! No professional translator worth his salt offers to work for peanuts, so when I see 1957 rates in a 2017 email, I start to wonder.

The most obvious damage that translation scammers do is to steal the CVs of real translators and pass them off as their own. They change the email address and sometimes the name. The new email address, of course, may be legitimate. (Even thieves are smart enough to include a way to receive money via PayPal.) This is one reason not to post your complete CV online.

Project managers at any reputable translation agency should be able to tell the translation scammers from the professionals. Unfortunately, scammers have made things harder for good translators when it comes to finding work. Let me explain what I mean. As an agency owner and de facto project manager, I get dozens of emails every day—translators delivering files, editors asking questions, clients requesting quotes, and freelancers seeking work. The first problem is one of visual clutter: the scammers clog up my inbox. (You’d be amazed how many messages get past my spam filters.) As a result, I have to sift through junk to find a legitimate inquiry.

And this is just before noon.

The second problem is trickier: a few scammers are really good. They write convincing cover letters with a native’s command of grammar and idiom. They make none of the mistakes that I mentioned in the section above. And yet there’s one thing that they don’t do. They don’t personalize their messages in any way. They may mention RedLine by name, but given how easy it is to do a simple mail merge from Microsoft Word, this may not mean much.

To Prove You’re a Human, Do What Only Humans Can Do

So the takeaway is simple. Messages from translators who don’t personalize their writing end up in my Trash folder. The reason? I can’t tell them and the scammers apart. As I wrote in this post about crafting a good cover letter, the easiest way to prove that you’re a real person is to include something that you could only know if you’re a real person. A text-scraping program can find the company email address on our site, for example, but it won’t go to the trouble of visiting the About page to find out my name. Smart freelancers, however, take this extra step. They want to make some sort of a connection with the reader (me, in this case).

It’s depressing to think about how much time I’ve spent over the last six years deleting bogus messages or marking them as spam. (Sure, it’s just a click here or there, but that time adds up!) Translation scammers are indeed the spawn of the devil. If you want to report a scammer, visit this directory. Have a scammer story to share? Then tell me about it in the comments. (Misery loves company, you know.)

Join the referral program
Smartcat At Smartcat, we are passionate about all things translation and localization. Follow the industry’s most visited blog to stay ahead of the curve!

Translation Industry Report 2022
How to translate a file online: 3 approaches compared
What is machine translation and how does it work?
4 easy steps to translate Articulate Rise courses with Smartcat
5 free tools to translate PDF files