We continue the series of our LocFromHome follow-up articles with this summary of the sobering but inspiring speech by Michael Klinger of Language Transactions, which closed the event. Remember that you can watch videos of this and all other presentations at the conference page.

There’s no arguing that this pandemic is unprecedented. But if we take a step back and look at human history, we’ve been going through plagues, fires, droughts, and starvations for a hundred thousand years. If you had the chance to interview your great-grandfather or great-grandmother, they might have been less empathic than you’d expect. Of course, there are people in the front lines, people whose lives are actually challenged right now, but a lot of us just sit at home and waive the visit to the grocery store. So the challenges we are facing right now are not as big as what’s happened historically.

My father worked on Wall Street during the Great Depression and remembered seeing people jumping off buildings — I don’t think we’re doing that right now. Then there was the recession of 2001–2003 when the dot-com bubble burst and Dow Jones dropped significantly. We were in the staffing business in the globalization space back then, and almost all of our large technology clients — Microsoft, Oracle, eBay, EMC, IBM — laid off their globalization teams before they touched teams that they perceived more critical to their business.

Fast forward to 2007 to what was probably the worst financial crisis since the Great Depression. Unemployment went from 4.5% to about 10% by 2009 but there were minimal layoffs in the globalization space. We worked with the same companies — IBM, Oracle, eBay, EMC, Cisco — but this time there were fewer layoffs. We spoke about that with different people, and the consensus was that we in the globalization industry have reached a kind of maturity. Teams were more cost-effective, we had better processes, faster turnarounds, and more sophisticated technologies — so the ROI for an individual in the globalization group was much higher than it had been before.

“We in the globalization industry have reached a kind of maturity, with more cost-effective teams, better processes, faster turnaround, and more sophisticated technologies.”

So here we are in 2020. After a 12-year bull run, we are headed into a recession that could last many years. Core globalization units are probably in the same boat as other business units — the whole world is impacted. But most of the services that we provide in the language industry — with the exception of onsite interpreting — are virtual businesses. Which is a good position to be in amid what’s happening now.

So what do you do as a language company, exactly?

At this point in time, as with other recessions, the key is to lower your costs. I know some companies just want to let people go, but there are more creative ways to do that. Be transparent: If your budget is X and you’re losing Y, let your people know. And then maybe discuss the possibility of lowering salaries, or invite your employees to take unpaid vacations, or — this is just a joke, but — ask your employees to intern at a competitor and then report back to you.

Another way is to request employees to create their own business plan. For an employee, it is interesting to think of yourself as an individual profit center for your business. How are you making money for the company and what’s your return on investment? That’s a good way to start to look at yourself and at your contribution to the business.

“For an employee, it is interesting to think of yourself as an individual profit center for your business.”

Consider working with remote employees: Maybe you can partner with a vendor in South America or India who offers project management at $25 an hour. Or an engineering vendor in India that will work for $30 an hour.

Improve your offers or find a partnership with an up-and-coming technology. For example, hospitals still desperately need technology for languages. Zoom is doing amazing business so think how you can help from the language side; maybe partner with a hybrid MT solution and offer your clients cost savings.

If you’re out of work, think outside the box

We’re hearing of people becoming unemployed and companies going out of business. If you’re one of them, take a step back. We understand most of us are hooked on the language industry, so this is something we want to keep doing. If so, what areas would you like to explore? Look at growth sectors in the industry — remote services, MT, life sciences, and pharma, etc. Take some time to study, focus, and enter an industry that is of interest to you.

Think outside the box. I know it’s a little scary to do but it’s a perfect time to say, for example, “hey, why not start a virtual MT postediting business? I could get my project manager from Argentina, I could get my software engineer from India, and I can come back to a client that I just left.” Or maybe you’ve always wanted to work for some companies so you can send a reach-out to the CEO on LinkedIn and say, “hey I’m interested in working with you, and I’ll do a six-week internship for free so you can try me out and, if you like what I do, hire me.”

“Think outside the box. I know it’s a little scary to do but it’s a perfect time to do that.”

Sometimes people say, “yeah it’s easy for you to say ‘be creative,’ but I need to pay the bills.” That is true. Let me tell you a story.

My daughter was five at the time, and she decided she would have a lemonade stand. So she woke up early on a Saturday, she squeezed lemons — took her an hour or two, — put fresh honey, mixed it all up, walked outside, and just quietly opened her lemonade stand.

Across the street, there was an older boy who had also decided he would open up his lemonade stand. He had a radio blasting, he had a huge sign, and as the cars went by he’d scream out. What he also did was use a lemonade mix instead of making lemonade himself. After two days, my daughter had a lot more business than he did.

It’s a simple story: You have to make good lemonade — not just good marketing. Take Smartcat: These guys have done a great job marketing Smartcat or even holding this very conference amid the pandemic — that’s really smart! But they also have a good product for people to stay.

“You have to make good lemonade — not just good marketing”

So my advice to businesses and to people is: make better lemonade. This past month or two I don’t know how many calls and emails I’ve gotten offering free this or discounted that given the challenge of coronavirus and blah blah blah. I don’t really trust that and I don’t think you should either. So my advice is not to use gimmicks. If you’re going to add a new service, reach out to your current clients — the ones that know you — and say, “Hey, even with what’s going on right now we have a lower cost for your editing process or a lower cost for your MT implementation.”

If you’re looking to sell

We don’t know how long this process will last and how greatly the economies can be hit — it could be six months or five years. So it’s likely that you’re going to have to work harder and smarter for the same results. As an owner, you’ve got to ask yourself: How much juice for the squeeze? If you’ve been considering retiring or selling your language business, now may be a good time.

First off, do the common-sense thing. Lower the costs, switch to part-time workers, go from onsite to over-the-phone or video remote interpreting services, prepare adjusted financials, etc. Then find a buyer with a solid profile: a stronger sales team, a better service offering, good technology, and effective processes. Find out if you have synergies — similar clients or a similar vertical. Personal synergies are important too: You don’t want to just sell to anyone; you want to make sure that you can work with this person for the next six months or however long you want to stay onboard.

“You don’t want to just sell to anyone; you want to make sure that you can work with this person for however long you want to stay onboard.”

Don’t expect to be paid 100% upfront: This wouldn’t happen before and won’t happen now. What you should do, though, is negotiate pricing based on an earn-out, as opposed to a fixed price. An earn-out means that if you make a million dollars this year and a million and five next year with this new company, you are going to get paid for that differential in your profit.

Here’s another story for the homestretch. A colleague of mine who was in the airline industry at one point was flying to a conference in Canada in 2001. It was a weekend conference, and he was going to get an early flight out on Monday morning. But a magazine reporter reached out and said they’d love to talk to him about the industry, so he decided to skip the flight. The flight he missed was the one that flew into the World Trade Center.

Today he has an onsite business that’s probably losing 60% currently, and it’s a big, 50-million-dollar company. I spoke to him last week and asked him how he was doing. He sounded very calm and said, “Mike, I think the most important thing during this crisis is to keep a balanced mental approach.” I think that’s good advice.

“The most important thing during this crisis is to keep a balanced mental approach.”

Once again, keep a little bit of perspective. This is not an easy time for a lot of people but I think humanity has lived through worse. So if you can, find a silver lining and gain a balanced mental approach, and remember:

This too will pass. 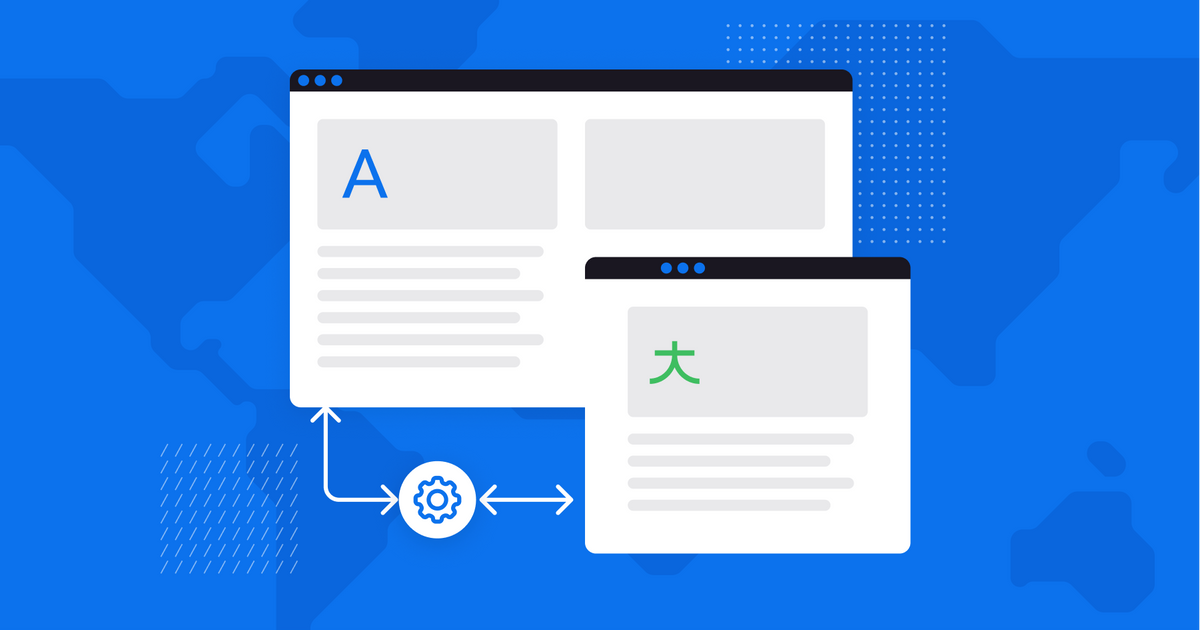 A step-by-step guide to website localization
How to translate a file online: 3 approaches compared
What is machine translation and how does it work?
4 easy steps to translate Articulate Rise courses with Smartcat
5 free tools to translate PDF files